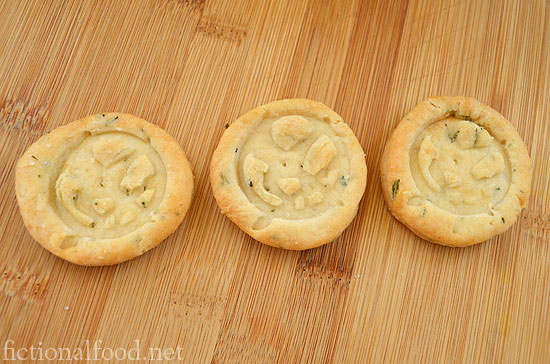 In my first attempt to cook something from Catching Fire, I decided to make the crackers that Bonnie and Twill hold up to Katniss in the woods of District 12 to show her that they’re part of the rebellion, thus telling Katniss for the first time that there is a rebellion.

This isn’t what you’d call my “final” post about these because they just didn’t come out the way I’d envisioned them. Still, I think a failed attempt is still something worth posting about. (especially when you took like 20 process photos, haha!)

It’s a small white circle of flat bread. More of a cracker, really.

With that to go on, I Googled and ended up at smitten kitchen, where she described her rosemary flatbread as “More cracker than bread, this stuff is dreamy.” Sounds about right to me! 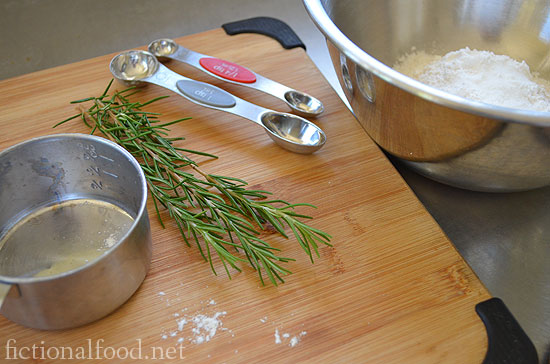 I was going to omit the rosemary, but I have enough rosemary growing in my back yard to make a thousand crackers, so I thought what the heck and went ahead and put it in. 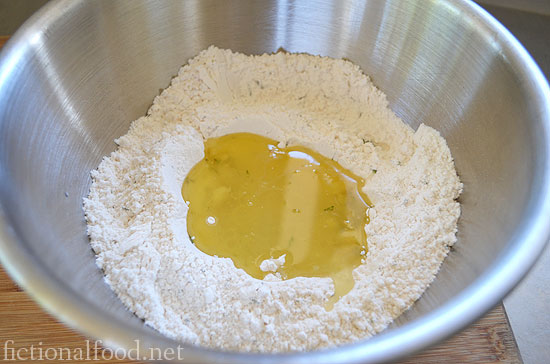 There’s no real point to this photo, I just thought it looked cool. 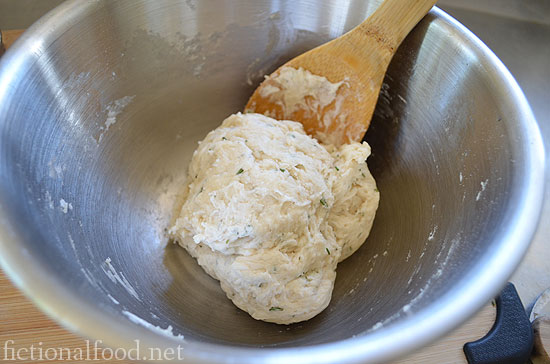 Here’s the dough. This recipe is ridiculously easy. 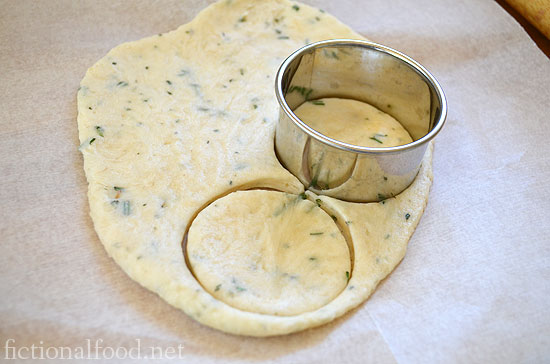 I rolled it out between wax paper and then used biscuit cutters to make circles. I know it looks thin, but it was actually a little too thick. 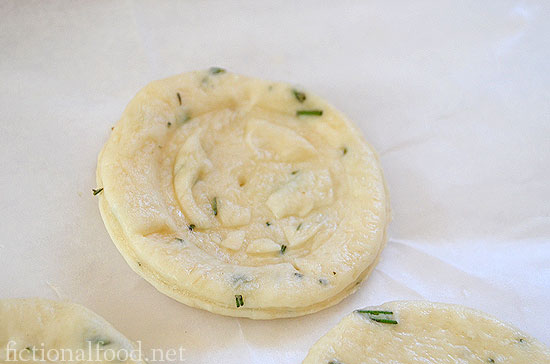 I washed and boiled my mockingjay pin and first I tried to just press it into the dough. It didn’t turn out too good and I figured it would just disappear during baking, so I left some with no print. 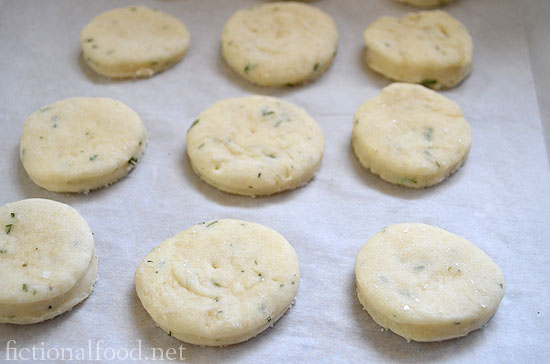 I baked them for just two minutes, waiting until they puffed up a little and sure enough, the mockingjay was pretty much gone. I removed them from the oven at this point, figuring I could press the pin in with partially puffed dough and it would show much better. 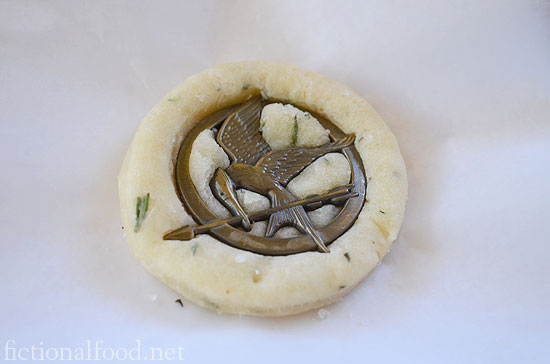 As you can see, it did much better pressing into the partially baked cracker. Still, the ring made it really complicated and it was hard to tell what I was looking at. I used a toothpick to pick out the pin. 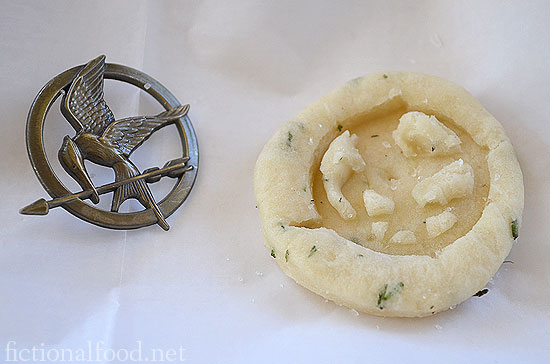 It looks pretty cool here, but only if you look carefully. The ring and arrow really confuse things. 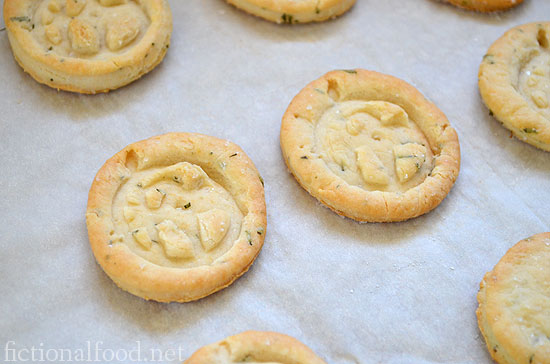 Here are the finished crackers. They don’t look anything like what I wanted. Plus, they’re brown! I have to figure out how to make white crackers and I’ve also contacted a couple of people to get quotes for a small branding iron without the mockingjay on it. It’ll probably be a bit expensive, but hey, I’ll be able to brand a mockingjay on steaks and chicken and stuff too, which will not doubt drive my husband crazy. Hahaha! I’ll definitely have to take it with me to LA the next time we do Capitol Shore for Catching Fire’s premiere.