I got my cousin hooked onto the Game of Thrones series and so when she heard about the food trucks that were touring Manhattan two weeks ago, she just knew it would be hitting LA next. Sure enough, the official Game of Thrones Twitter feed began posting locations and she made the effort to go check it out. Check out her Flickr photostream for full size images.

On the day she ended up going, they were serving roasted rabbit, which she said was gamey, but tasty.

I heard some really great things about those stewed pistachios! 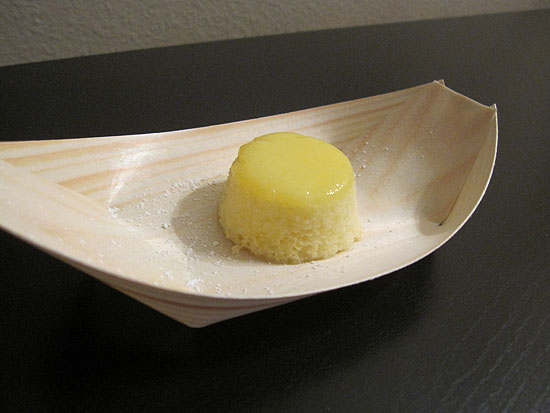 The famous lemon cakes, which I hope to attempt cooking myself once my ramekins 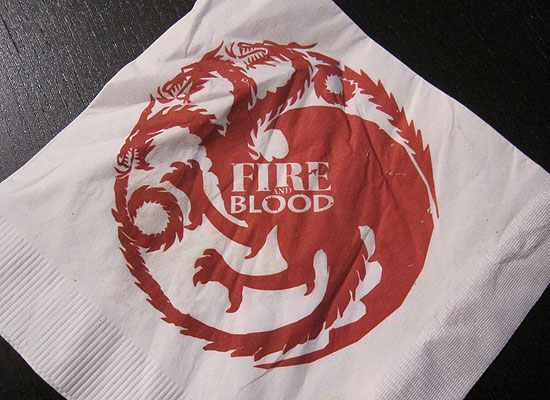 so that people can host their own Game of Thrones parties. You can already buy a Targaryen Stein