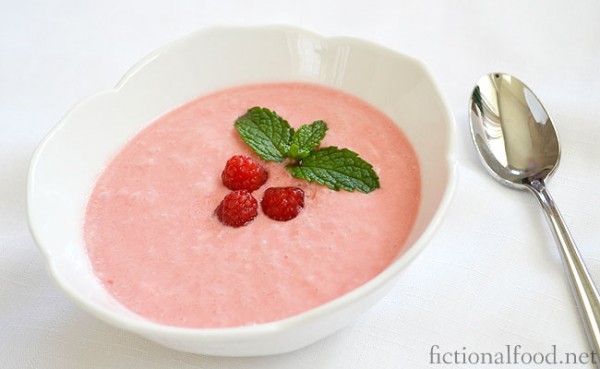 ‘The Hunger Games’ comes out on DVD this coming Saturday and filming for the sequel will kick off at the start of next month. When they wrap production in Atlanta, they’ll be moving out here to the very same island I live on, Oahu, to film the arena scenes! As you guys can probably imagine, this makes me incredibly excited, though don’t expect me to go set stalking as I find that to be a rather embarrassing way to spend your time.

During my last trip to Costco, I picked up a really cheap tray of raspberries to make one of the soups that Katniss mentions during the ball at President Snow’s mansion during her Victory Tour with Peeta.

“Okay, no more than one bite of each dish,” I say. My resolve is almost immediately broken at the first table, which has twenty or so soups, when I encounter a creamy pumpkin brew sprinkled with slivered nuts and tiny black seeds. “I could just eat this all night!” I exclaim. But I don’t. I weaken again at a clear green broth that I can only describe as tasting like springtime, and again when I try a frothy pink soup dotted with raspberries.

I looked up some recipes online and the one I thought fit the best was this one by Betty Crocker, though I knew I’d need to change things up quite a lot to fit with what I had in mind. Still, it was a good recipe to start with. I had just a little over two cups of berries, but I’ll adjust the recipe at the end to be bigger for parties.

First things first, wash your berries and pick out the prettiest, tiniest ones. These will be for you to “dot” your soup with and big ones will just sink into your bowls, so go small. Set them aside and toss the rest into your blender. Pulse chop them until the berries are separated and mushy, but don’t blend it so much that the seeds get ground up. 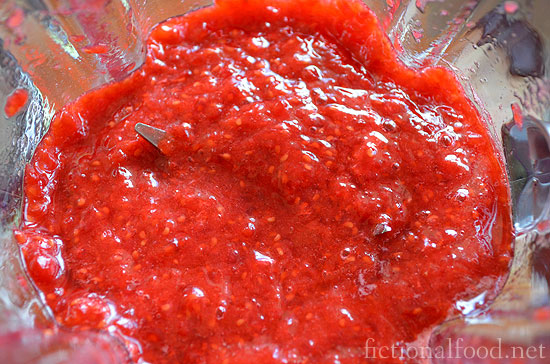 Here’s what it looked like for me. Next, I put a sieve over a bowl and poured some in, then used a spoon to smash the mush and squeeze juice pulp out. I occasionally scraped the bottom of the sieve to make it easier to get through. 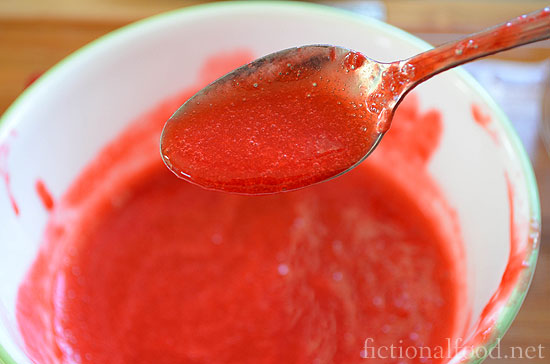 I ended up with this, which I wanted to just eat right then, haha!

Rinse out the blender to get any seeds out of it, then add this raspberry juice back in. Add vanilla yogurt, POM juice, and sugar and blend until mixed. Put in a bowl, cover, and refrigerate for at least an hour. 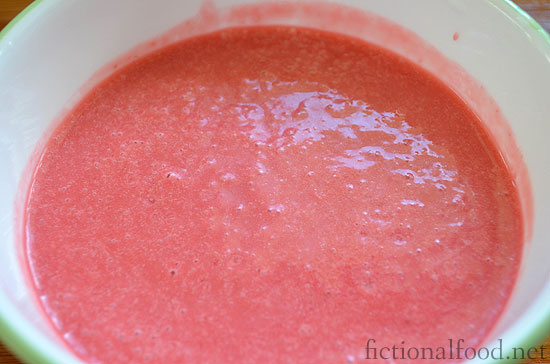 It was a nice dark pink color, but I wanted it lighter, so there’s more to do and it’s still pretty tart at this point.

Time to make some fresh whipped cream! I’ve done this before and splashed cream all over the freaking place, so this time I wised up and tilted my bowl (which I’d refrigerated ahead of time) and started on 2 with my hand mixer and never went past 4. You don’t want stiff whipped cream, just lightly frothy whipped cream, so going the regular high whipping speed isn’t really needed here. 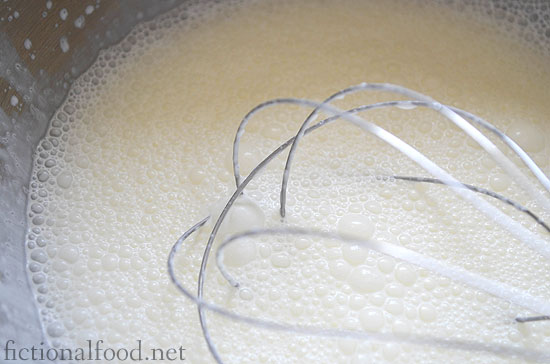 Here’s what it looks like after about 30 seconds on 2. I added sugar and vanilla to sweeten it up a bit. 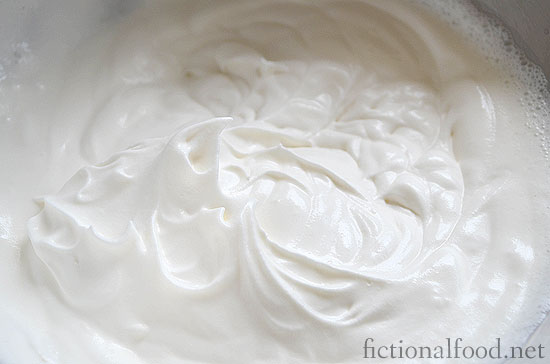 I only whipped for maybe 2-3 minutes and these cute little soft peaks were about all I needed, so I stopped. I poured my refrigerated raspberry yogurt mixture back into the blender, then added the whipped cream and pureed it for about a minute until it was mixed well. The light pink color was just what I was looking for. Return to the fridge to chill again before serving. 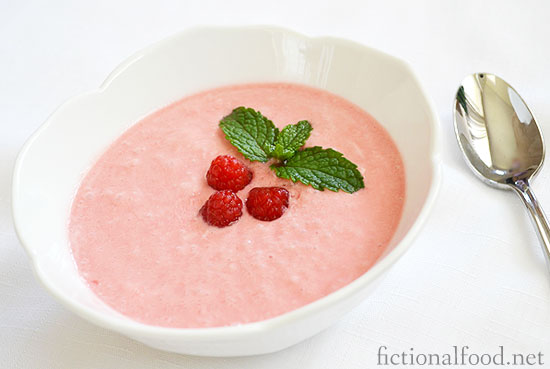 I picked a little sprig of mint from out little herb planter outside and then put in three raspberries.

I then put three more ton top of them and so this photo came out this way because these raspberries are stepping on some other ones underneath. When serving this for a party, don’t put the raspberries on until the last minute!

I just ate this bowl and I have to say that it came out precisely how I wanted it to, a rare thing for me! It was creamy, frothy, sweet yet tart, and tasted so deliciously like very fresh raspberries. The texture was wonderfully soupy and I think it was totally worth it to remove the seeds. I’m sure Katniss would have loved it! 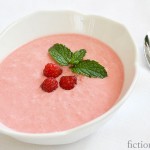 During the ball in President Snow’s mansion Katniss tries a variety of soups, including a pink soup dotted with raspberries.