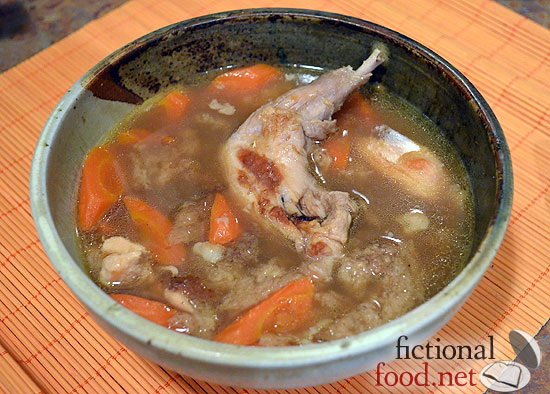 Last year, when the Official Game of Thrones cookbook came out, I made the lemon cakes. This year, with Season 3 coming up on March 31, I tried the rabbit stew.

Now, since my husband raises rabbits for meat, I’ve got a whole lot of rabbit at my disposal for cooking. I’ve stewed quite a few rabbits so far, making various types of hasenpfeffer based on recipes I’ve found online but honestly, they were just barely edible and after we ate it for dinner, usually no one would want the leftovers. It was a serious waste of meat.

The cookbook features two types of stewed rabbit, the 16th Century version and the Modern version. Because I had no Nicoise olives, I went with the 16th Century recipe and even then, I was missing a couple of things and had to substitute or omit.

Even with substitutions though, it tasted very yummy! I’d definitely make it again as it was a delicious rabbit recipe. I don’t know if you could make it while on your way to join the Night’s Watch, but it was tasty anyway. 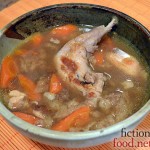 Adapted from a recipe in the Official Game of Thrones Cookbook.