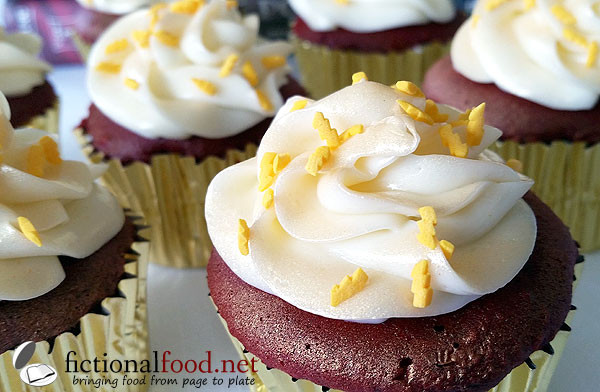 Last year I was approached by Tara from GeekyHostess.com about a Kickstarter campaign she was doing to produce bottles of “geeky sprinkles,” which would include tiny little lightning bolts for Harry Potter. As a fictional food enthusiast (or maybe I can even go so far as to say the fictional food pioneer), I was happy to participate and was asked to submit a recipe for a set of geeky recipe cards that would be one of the items for sale.

Being a huge Harry Potter fan, of course I had to do something with the lightning bolt sprinkles. The result: Gryffindor Red Velvet Cupcakes! If you funded their campaign you got a set of recipe cards, and mine is there in the mix! 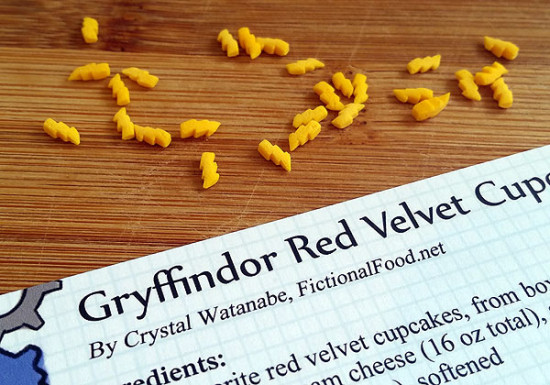 If you make red velvet cupcakes all the time, adding that little Boy Who Lived touch is very easy. You simply use gold foil cupcake cups, spray some Gold Mist onto the frosting, and drop some little lightning bolt sprinkles on top. (Wingardium sprinkelosia?) 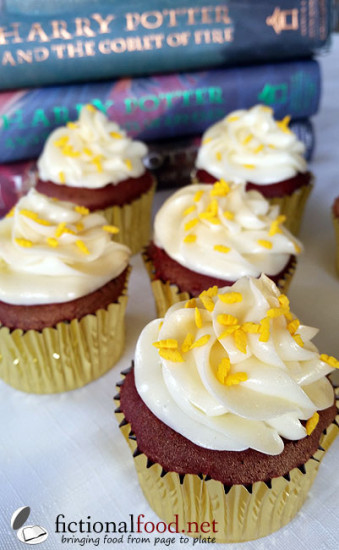 I found it’s a little difficult to spray them without also spraying the cupcake, so some of my cupcakes looked golden. Just as a warning, go easy on the spray. That stuff might be “edible” but it doesn’t taste all that great. 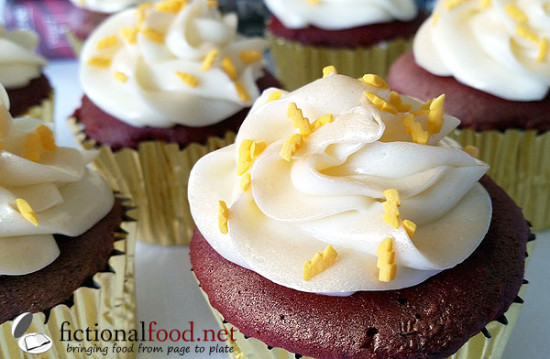 Here’s a close-up so you can see the cute little bolts!

If you’re interested in Geeky Sprinkles, Tara also made Meeple sprinkles, Doctor Who police box sprinkles, and steampunk sprinkles! Find them all on GeekyHostess.com.