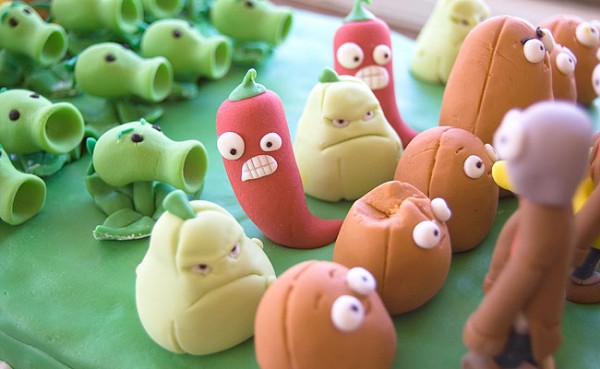 It’s been quite a while since I made this cake for my son, but I’ve been hit by a lazy blog bug and so I kept forgetting and forgetting to post it. Maybe the zombies snuck up on me and ate my brainnnnnsssss. 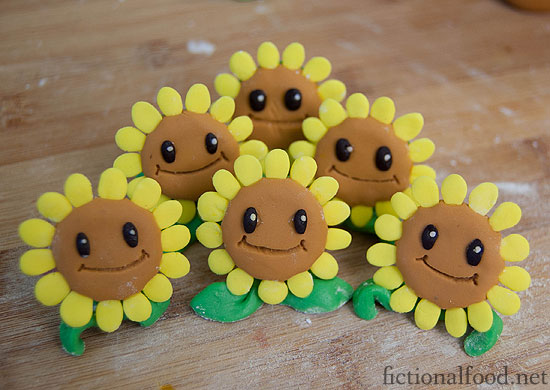 If you’re playing the daylight levels, of course you need sunflowers, right? I used a leaf cutter for the bottoms with half toothpicks inserted and then formed the petals by hand (this took an insanely long time) and attached with a hole made with a toothpick and piping gel. I had to harden them overnight so they’d press into the middle easily.

Here are my three squash. The middle one turned out the best imo, the other two were a little difficult. My son LOVED these! I think I took video of the making of these, so I can post that later.

For some reason, I can’t find the pictures I took of the pea shooters! I know I took some, so I have to check my other memory card. Sigh. Anyway, here they are on the cake. Some are regular Peashooters and the frowny ones are the Repeaters. 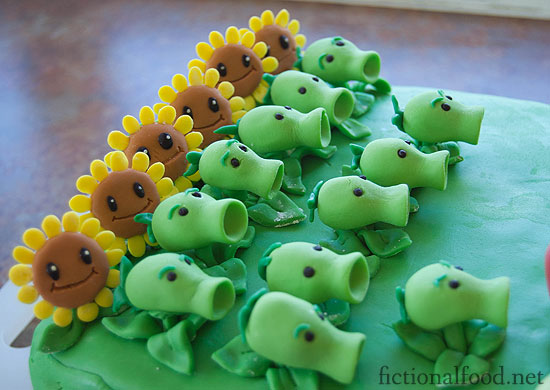 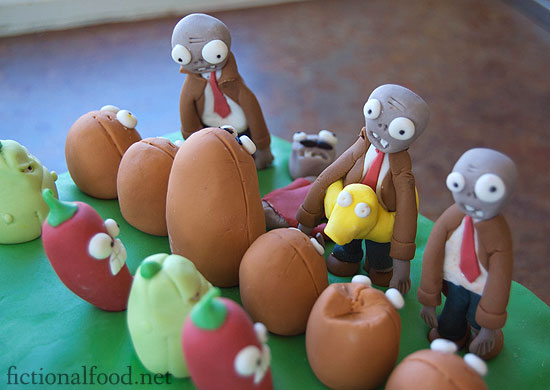 These guys were pretty tough to make, but I thought they turned out pretty good. The ducky zombie doesn’t fit because I didn’t have time to make water and lily pads, but oh well. He’s cute, eh? 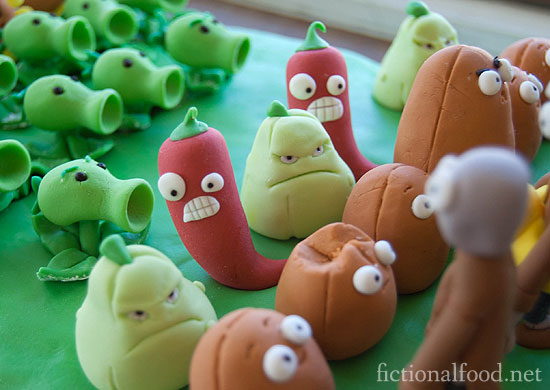 The chili pepper was by far my favorite and was very easy to make. I made his teeth by just pressing a knife into the fondant!

Here’s the best view I had of the Ladder zombie fallen down with his head on the ground. See his little mustache?

Whenever I make these cakes or cupcakes with figures, I tend to forget that they’re edible. After we blew the candles out, all the kids simply devoured them and I was kind of grossed out. I find fondant so fun to work with, but since it’s just a whole lot of compacted sugar, the thought of eating it just isn’t something my brain can handle. I can barely handle frosting from Safeway. Still, I guess it’s great that it doesn’t go to waste!

Hopefully more posts to come as I find those missing photos!

In the meantime, if you’ve never heard of Plants vs. Zombies, make sure you give it a try