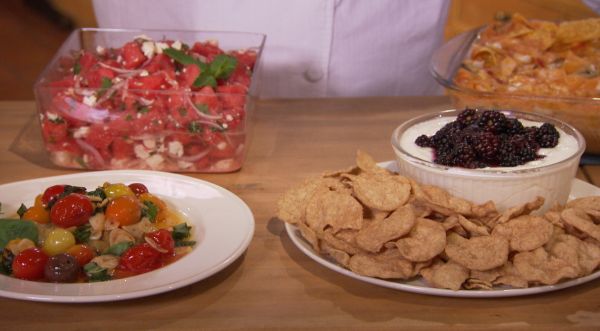 Hey Fictional foodies! I know I’ve been terribly MIA lately, but I’ve got some ideas in the pipeline for the upcoming release of Catching Fire that I think you’ll all love along with some new cupcake ideas.

In the meantime, I’ve got a bit of an off-topic post that gives you the chance to win a nice prize pack from the folks over at SMARTfood. It’s not related to fictional food, but I love giving things away, so here we are. The prize pack includes what you see here in the photo: 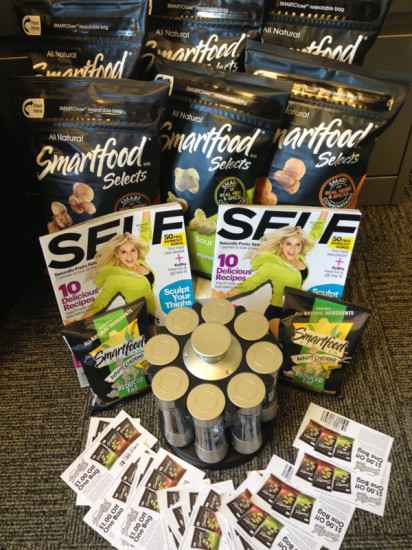 I got a chance to try out the Sour Cream & Onion, Brown Sugar & Cinnamon, and Buffalo Cheddar flavors of their puffed corn. It’s got a very Cheetoes like texture. While I liked the sour cream and brown sugar flavors, the buffalo cheddar was spicy and I’m a spice wuss, so I didn’t really like that one. =\

Anyway, to enter, just comment here and tell me whether or not you’ve ever lived in any of the 10 smartest cities listed above. I’ll pick a random winner on August 19, 2013!

Here are some photos of dishes that Chef Jody mentions in the video above. 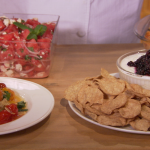 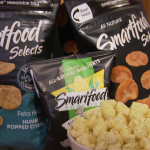 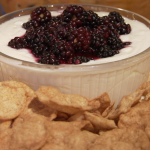 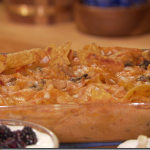 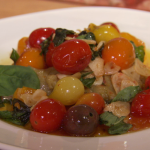 For those of you that want to try one of the dishes, here’s the recipe for the watermelon feta salad, though I’d probably make it without the spice. 😉

Method:
1. In a large bowl, gently toss the watermelon, red onion, lime juice, cayenne, a pinch of salt and mint. Mix until well combined, then very gently toss in the feta cheese.
2. Arrange on plates or in bowls and top each plate with a pinch of coarse sea salt and serve.